The guitar-driven 57th & 9th Tour, which launched in North America in February this year, has already visited more than fifty cities of Europe, Central and South America and Asia. It is taking the world by rave reviews by fans and critics alike.  The Daily Telegraph: “At the heart of what Sting does is a supreme songwriting talent, flowing melodies, audacious grooves and meaningful lyrics delivered by a master musician who seems to get a genuine sense of accomplishment from performing at the highest possible level. This show deserved a badge of honour.”

Sting’s twelfth solo studio album, 57th & 9th, his first rock/pop project in over a decade, was released November 11 on A&M/Interscope Records. The ten-song collection represents a wide range of Sting’s musical and songwriting styles from the raucous, guitar-driven first single, “I Can’t Stop Thinking About You” to the ferocious, Road Warrior-style imagery of “Petrol Head” and the anthemic “50,000.”  The album, produced by Martin Kierszenbaum, was recorded in just a few weeks with Sting’s long-time collaborators Dominic Miller (guitar) and Vinnie Colaiuta (drums), as well as drummer Josh Freese (Nine Inch Nails, Guns n’ Roses), guitarist Lyle Workman and backing vocals by the San Antonio-based Tex-Mex band The Last Bandoleros.

Tickets for Sting concert in Moscow go on general sale on Tuesday, June 13th at 10 a.m.  Members of the official Sting.com fan club will have the opportunity to purchase tickets in advance beginning Friday June 9th, 2017 with complete details available at www.sting.com/tour.

ABOUT STING: Composer, singer-songwriter, actor, author, and activist Sting was born in Newcastle, England before moving to London in 1977 to form The Police with Stewart Copeland and Andy Summers. The band released five studio albums, earned six Grammy Awards and two Brits, and was inducted into The Rock and Roll Hall of Fame in 2003.

As one of the world’s most distinctive solo artists, Sting has received an additional 10 Grammy Awards, two Brits, a Golden Globe, an Emmy, four Oscar nominations (most recently for “The Empty Chair” from JIM: The James Foley Story), a TONY nomination, Billboard Magazine’s Century Award, and MusiCares 2004 Person of the Year.  Also a member of the Songwriters Hall of Fame, in December 2014 he received the Kennedy Center Honors, and most recently was given The American Music Award of Merit. Throughout his enduring career, he has sold close to 100 million albums from his combined work with The Police and as a solo artist.

Sting’s support for human rights organizations such as the Rainforest Fund, Amnesty International and Live Aid mirrors his art in its universal outreach.  Along with wife Trudie Styler, Sting founded the Rainforest Fund in 1989 to protect both the world’s rainforests and the indigenous people living there.  Together they have held 18 benefit concerts to raise funds and awareness for our planet’s endangered resources. Since its inception, the Rainforest Fund has expanded to a network of interconnected organizations working in more than 20 countries over three continents

ABOUT JOE SUMNER: Joe Sumner has been honing his solo work for the past five years.  While simultaneously fronting rock band Fiction Plane and pushing boundaries in the tech space with his app Vyclone, Joe has been stripping back all that he finds inauthentic.

The result is a spacious and colorful sound that would not be out of place in a Wes Anderson movie.  Starting with just his voice and an acoustic guitar, he writes heartfelt, playful and genuine songs that are never quite finished.  ‘Every time I play a song I leave at least a few parts of it completely open to improvisation.’ he says of his loose and collaborative performing style.  ‘After you play a song fifty times I think it should get better, not just stay the same!’

This open-minded attitude comes in part from his extremely varied musical experiences – from touring with acts that he literally calls family (The Police, Sting) to artists  like Snoop Dogg or singing in a modern opera and writing hits for other European artist.  Joe also teaches highly-acclaimed workshops at music schools focusing on the emotional pressures of songwriting.

Joe Sumner’s debut solo single ‘Jellybean’ was released earlier this year in limited capacity and will be available worldwide for stream and download in the summer of 2017.

ABOUT THE CHERRYTREE MUSIC COMPANY: Founded in 2005 by Grammy-nominated songwriter/producer Martin Kierszenbaum, the Cherrytree Music Company provides management record label and publishing services to a boutique roster of artists, producers and mixers who push the creative envelope in popular music.  Cherrytree has had an indelible impact on the music landscape from managing celebrated musician and cultural icon Sting as well as launching the 20-million selling debut album by Lady Gaga in 2009 to releasing the artistically and commercially ground-breaking records of Feist, Ellie Goulding, Robyn, La Roux, LMFAO, Far East Movement and Disclosure. In the process, Cherrytree Records, Cherrytree Management and Cherrytree Publishing have become vital sources for Pop Alternative music as well as catalysts for artist collaboration and innovation.  For more information on the Cherrytree Music Company, please visit: www.cherrytreemusiccompany.com.

ABOUT ILDAR BAKEEV ENTERTAINMENT: Ildar Bakeev Entertainment is the new brand name of the Euro Entertainment company founded in 2003 by Ildar Bakeev, the creator of the biggest Russian ticketing company Kontramarka.ru (later became part of Eventim International).  Within more than 12 years on the market the company got an extensive experience in doing different kinds of shows of different level of complexity throughout Russia (classical music, pop music, rock music, acrobatic, comedy and sport shows). For more information on Ildar Bakeev 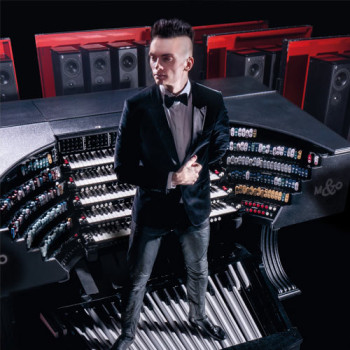