Time stopped in Moscow on November 17, 2013. The star of the Canadian Cirque du Soleil and one of the best-known equilibrists of the Planet, owner of the highest world award of Monte-Carlo International Circus Festival «The Golden Clown» ( the «Oscar» of circus) — Anatoly Zalevsky –presented his revolutionary RIZOMA.TIME show on the stage of Moscow Crocus City Hall for the first time in Russia. Together with troop of fifteen acrobats and equilibrists and by means of body language, he told the metaphorical story about the all-consuming power of love, capable to stop even relentless time flow. Euro Entertainment was the local promoter of the event.

For one evening only the stage of Crocus City Hall turned into a huge workshop in which two engineers will invent a machine that can control time. The most important detail of the machine was its irreproachably accurate mechanical heart. The car perfectly carried out its function under control of the inventors. However after the engineers had launched the pet project once again they suddenly lost control over it. By will power the mechanical heart stopped time and learned love, and love can not be controlled.

A common thread running through the subject line of the performance was a philosophical reflection about a person, as a part of huge universal mechanism — time.

«The today’s «machine» world tries to suppress human and his identity, — explained Zalevsky. — As if programmed, he constantly and unconsciously moves on a set vicious circle. However, sooner or later human approves himself emotionally. Having chosen love, he stops time and ceases to be a mechanism. Time does not command love. It can not be controlled. It’s beyond mechanics. Having made love the main engine, the person is newly born. But in order to make this regeneration happen, it is necessary to put a lot of efforts. This is what my show is about».

Zalevsky fascinated with the idea, without a single word. He realized the fundamental idea of the performance through the synthesis of theater, choreography and circus art – an evolutionary genre of SOUL CIRCUS *, which became signature act of the glorified equilibris. Difficult acrobatic tricks developed specially for show without words tell to the audience an unusual love story, opening souls of characters, their experiences and emotion only by the language of a human body. The subject line was supported by reprises of comic characters from time to time appearing on the stage. The show culmination is the full version of legendary act of Anatoliy Zalevsky — equilibr on hands on a slippery surface under the name DREAM, used by Cirque du Solei in the most expensive acrobatic show – Zarkana.

Difficult portable theatrical scenery, large-scale video projection and colourful lighting effects which create feeling of multidimensionality space are used in the show. The audience certainly felt like action was happening in a few different dimensions.

* SOUL CIRCUS is a revolutionary genre that raises the meaning of the world “show” to a new level of entertainment. By combining clowning and philosophy, equilibristics, acrobatics and theater, it demonstrates the conventionality of the boundaries in the art, where the circus artist becomes an artist of the theater, and the theater audience becomes the audience circus arena. Here the Trick is filled with artistic sense along with the Word, Music and Gesture. 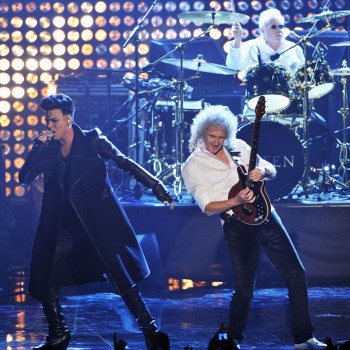 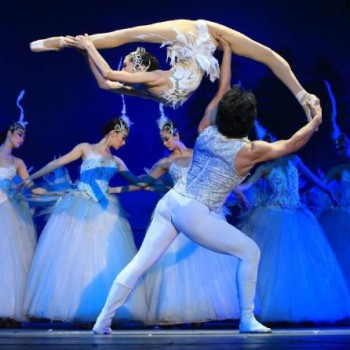