The one and only IL DIVO celebrated eight years of unprecedented global success with the release of their definitive Greatest Hits collection. With their new program they gave 134 shows across 46 countries on 6 continents. On June 17, 2013 Muscovites saw IL DIVO perform with a full orchestra their signature classical interpretations of popular songs across their whole career catalogue.

‘Il Divo Greatest Hits’ was released as a standard 18 track CD and a 2 Disc Gift Edition. Many of the tracks were chosen by their fans all over the world and include favourites ‘Somewhere’, ‘Unbreak My Heart’, ‘Unchained Melody’ and ‘Adagio’. They also recorded four songs especially for this release: ‘My Heart Will Go On’ (in Italian), ‘I Will Always Love You’ (in Spanish), ‘I Can’t Help Falling In Love With You’ (English) and ‘Alone’ (Spanish).

Urs Buhler said “As a singer you can never take for granted what you do, every note is a balancing act. But every night I step on stage so proud of what we do. I have learned so much these past 8 years, had so many wonderful experiences and cherished every moment. This Greatest Hits release & tour for us and hopefully our fans, marks what has been an incredible journey so far.”

Following a successful week of concerts at New York’s Marquis Theater, IL DIVO brought their “Il Divo — A Musical Affair: The Greatest Songs Of Broadway Live” show to Ufa.  On the 21st of September the virtuoso singers — Carlos Marin, Sebastien Izambard, David Miller and Urs Buehler –performed the greatest songs of Broadway on the stage of the Bashkortostan Concert Hall. The show supported the group’s sixth studio album “A Musical Affair”(2013). It was their first compilation of songs inspired by Broadway shows such as “Phantom of the Opera”, “Carousel” and “West Side Story” and features stellar duet partners Barbra Streisand, Kristin Chenoweth, Nicole Scherzinger, Heather Headley and Michael Ball.  Euro Entertainment was the local promoter of the Ufa event.

The new show was developed by long-term IL DIVO collaborator and artistic director Brian Burke (La Reve and Celine Dion’s residency shows in Las Vegas, Elton John, Rod Stewart and The Killers). The album “A Musical Affair” showcases Il Divo’s signature romantic and emotional interpretation of heartfelt classics like “Some Enchanted Evening” (“South Pacific”), “Bring Him Home,” (“Les Miserables”), “Tonight,” (“West Side Story”), and more. Il Divo has also provided new arrangements for these much-loved songs, as well as invited familiar Broadway and pop artists to appear on certain tracks as their duet partners. These top musicians lend their talent in songs like “Music of the Night” (“Phantom of the Opera”) – LIVE duet with Barbra Streisand; “All I Ask Of You” (“Phantom Of The Opera”) – duet with Kristin Chenoweth; “Memory” (“Cats”) – duet with Nicole Scherzinger; and “Can You Feel The Love Tonight” (“The Lion King”) – duet with Heather Headley.

Urs Buhler of IL DIVO said «It has been so inspiring to work with such legendary songs from the world of Broadway musicals for our new album and we can’t wait to now perform them in our own style to our fans around the world«.

IL DIVO is the world’s first and most successful classical crossover group. The foursome have sold over 26 million albums worldwide, achieved over 50 number one records, received 160 gold and platinum sales awards in over 33 countries and staged four groundbreaking world tours. The international quartet comprises of tenor Urs Buhler of Switzerland, baritone Carlos Marin of Spain, pop artist Sébastien Izambard of France and tenor David Miller from the United States. As IL DIVO first came to fruition in 2003, this year’s album and complementary concert series marks a milestone for the four singers as they commemorate the success of a 10-year career together. 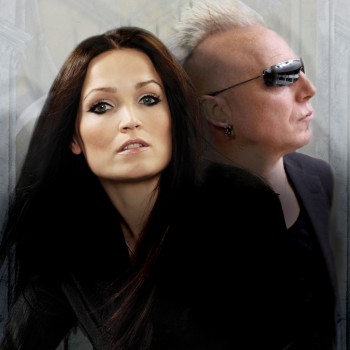 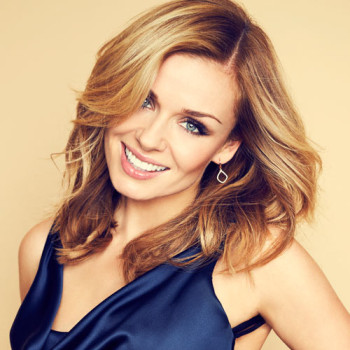