Hugh Laurie toured in Russia and CIS countries in 2012 and 2013. Both years his concerts were promoted by Euro Entertainment.

In 2011 Hugh Laurie released his debut blues album “Let Them Talk”.  In a week after the release this album ranked first in the British national hit parade and entered the Billboard Hot 100. To date, the album has topped the Billboard blues album chart since launch. In 2012 Hugh Laurie did the world tour in support of his album during which he gave more than 70 shows in Europe, America and CIS countries. The Euro Entertainment company was an official Hugh Laurie shows promoter in Kiev (20th of June, Palace of Ukraine), Minsk (22th of June, Palace of the Republic), St. Petersburg (24th of June, Oktyabr’sky Big Concert Hall) and Moscow (25th of June, Magic Centre).

The debut album «Let Them Talk», released by the media-giant Warner Music, had been recorded not only in Los Angeles, but also in New Orleans.

“In my imagination, New Orleans just straight hummed with music, romance, joy, despair; its rhythms got into my gawky English frame and, at times, made me so happy and sad, I just didn’t know what to do with myself,” said Laurie. “Music has been an enormous comfort to me and if acting to me is about adopting a mask or a persona, the music by and large is about removing it and laying yourself bare”.

After the huge success of the «Let Them Talk» album on which Laurie revived classic NOLA blues, the singer released his second album «Didn’t It Rain» on May 6, 2013.  The album sees Hugh Laurie depart the sounds of New Orleans as he follows the trajectory of the blues upstream and into the American heartland. It includes songs dating back to early pioneers W.C. Handy (‘St Louis. Blues’) and Jelly Roll Morton (‘I Hate A Man Like You’) to more recent artists such as Dr. John (‘Wild Honey’) and Alan Price of The Animals (‘Changes’).

“I have resolved to forge on, deeper into the forest of American music that has enchanted me since I was a small boy,” explained Laurie. “And the further I go, the more bewitched I become – both by the songs and by the people I have been lucky enough to play them with.”

Hugh Laurie gained his world recognition with the role of a misanthropic medical genius Dr. Gregory House in the “House M.D.” TV series. This role not only brought him two Golden Globes but also made him one of the most popular TV actors in the world. But very few people know that while climbing the career ladder of an actor he was also making his way up in music: for several years he played in the “Band from TV”, created by the well-known actors from such TV shows as “House M.D.”, “Desperate Housewives”, “Orange County”, etc. In the “Band from TV” Laurie is a pianist, but he is also good at harmonica, saxophone and guitar playing.

Hugh Laurie was born on the 11th of June 1959 in Oxford to a family of a doctor and a housewife. He studied at prestigious private schools, graduated from Cambridge University. While at Cambridge he was a member of Footlights, the university dramatic club, where he became a colleague of Emma Thompson and Stephen Fry who were also students at that time. Student passion turned into profession – in the early 1980-s after the participation in the historical sitcom “Blackadder” he achieved national success. Nowadays Hugh is an actor, director, writer and singer. In 2007 Queen Elizabeth II of the UK made him an Officer of the Order of the British Empire, in 2011 “GQ Magazine” presented him with the GQ Music Man Of The Year Award, and also he was listed in the 2011 Guinness Book of World Records as being the most watched leading man on television. 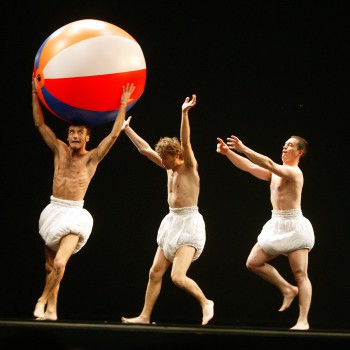 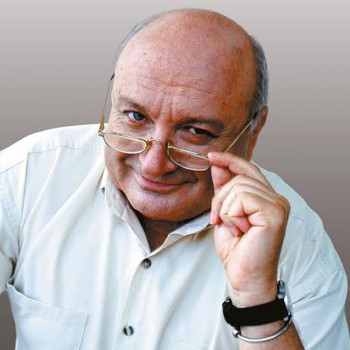